The Old and New Covenants

The Old Testament portion talks about the old covenant and how it was broken due to the disobedience of the Israelites whom God brought out of Egypt. The New Testament portion focuses on all the sinful ways in which people indulge, thus losing their inheritance in the kingdom of God.

The Old Covenant was a promise to be led into the land of Canaan, a land flowing with milk and honey. There was God's promise and then there were rules for the people to follow, as also consequences or curses if they failed to follow the rules. Let us think about it for a moment. God was capable of transforming Egypt into a land flowing with milk and honey; He was capable of annihilating the enemies of the Israelites and making them prosper in the land where they were once persecuted. But God had a plan for them, a plan to include them in the journey to abundance and prosperity. They would be co-builders of their prosperous future if they listened and obeyed. We all know that we learn better when we listen properly and then try doing things ourselves. God wanted the Israelites to do exactly that.

With the new covenant, the promise has changed to everlasting life, and the recipient base of the promise has expanded to include everyone who believes in Christ and His fragrant sacrifice made for the sake of all mankind upon the cross. But the part where the believers/the recipients of the promise are supposed to listen and obey has not changed.

We are not to be idolators who engage in sexual immorality, impurity of any nature, and greed. Come to think of it, most if not all of us are guilty of having been greedy and thought or done evil things. Coarse jokes, foolish talk and obscenity are discouraged. When we measure ourselves on this scale of pure living, where do we find ourselves?

Lord Jesus, I thank you for your gift of eternal life; help me to honour my part of the covenant so I may be found worthy of receiving the crown of life when you come again, amen. 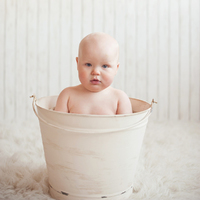 Before Christ came into the world and offered himself as a living sacrifice for the redemption of mankind, there were two categories of people, the uncircumcised and those who called themselves "the circumcision". The covenant of the promise was to Israelites alone, and circumcision was a mark of this covenant. Imagine the situation of an outlier, a foreigner, who felt drawn to God, but wasn't included in the covenant of His promise to His people. It feels so bad to be excluded from a group. We all know the feeling. There was no evangelisation during the Old Testament times; the Israelites were born into the privilege of God's Sonship, and outsiders were not welcome to join.

Christ came to pull down those barriers. He came so that everyone could have an opportunity to join the group, regardless of their bloodline. Gone are the regulations and commandments that were a hallmark of the Mosaic law, the strict restrictions that distinguished the Israelites from the foreigners (such as the law of circumcision, because it has no bearing on a person's salvation anymore). Christ gave us a chance to feel included. With his coming, there was a focus on evangelization. Just like he related in the parable, he sent out his servants (his apostles) into the streets to call the bystanders and the passers by to join in the feast.

What a glorious privilege! Let us rejoice today that by His birth, life, death and resurrection, He has invited us to dwell in His Father's kingdom forever.